“Sustainability” – Everyone speaks about it, but we have the feeling that sometimes some things are not quite clear. So we asked our dear friend Hanna to sum up for you everything important around the term sustainability in one article

In 2019, the Google search for the word “sustainability” has increased by 75% compared to 2018. This says a lot about our culture and the interest of 21st-century people. It made it into the compass of the United Nation the Sustainable Development Goals and people rate sustainability as their most important concern.

We can say: sustainability definitely is a thing.

But let’s break it down a bit.

Deriving from Latin “sustinere” the word sustainability means to maintain, to support or to endure. Looking at definitions of today the Oxford Dictionary offers us the quality of being able to continue over a period of time or in an environmental context also “the quality of causing little or no damage to the environment and therefore able to continue for a long time.“

You might find yourself slightly puzzled, nodding or astonishingly emotionless due to the accumulation of these sort of academic dead words.

So, where does this word sustainability come from and what does it actually mean?

If there was such a thing as the birth of the word sustainability into mainstream culture, we can say it was the publication of the book “The Limits to Growth” in 1972.

Hence, the word’s father is called Dennis Meadows and describes his baby today as follows:

“The term sustainability is used in so many different ways, but implicit in most of those definitions are some key ideas. Sustainability means that we get to keep what we have. Hopefully, it may even go up a little.”

But this growth is limited by some physical and very real boundaries of planet earth. There is simply no endless growth on a finite planet.

And what was clear to Dennis Meadows and his fellows in the 1970s seems still radical today and the growth paradigm is still inherent in our economic and even social culture.

Let’s imagine a holy threshold, a red line, a glass ceiling that humanity should not bypass. If we keep growth below it, we’re good, if we overshoot it, this is unsustainable.

Well, we burst through this ceiling way too far on multiple points at the same time. That’s bad. But, let’s look at it with some more attention to details.

Imagine the red line as a circular shape and call them planetary boundaries. Now we can slice them up into 9 areas:

This model of the planetary boundaries was brought into the world 2009 by the team around Rockström from the Stockholm Resilience Centre.

We hit 4 out of 9 pretty badly and for two well hard to say since we didn’t really quantify them (air pollution and chemical pollution).

Climate change, biodiversity loss, land version and nitrogen & phosphorus loading each by its own is already threatening, but a combination of them with interwoven reinforcing loops, that is material for dystopia.

What do you have to do with that? Never poured some nitrogen in the city park or wiped out a species, so you’re off the hook? Nope.

You got a white T-Shirt and maybe a pair of jeans?

Let’s see how that enters in the ecological boundaries: your shirt and jeans are part of the fashion industry which accounts for 8-10% of global CO2 emissions – so climate change boundary check.

It’s responsible for around 20% industrial water pollution – check on that one too.

Fashion also holds up for around 35% of oceanic primary microplastic pollution. And well at the end of your shirt (or the things you send back of online shopping) they produce a hell of a waste.

Speaking about growth: we as a world population consume more and spend less on clothes. What were 1975 still 5.9kg textile production per head per year rose 2018 to 13kg.

Even though now treated with bigger attention CO2 is not the only ecological ceiling that is worrying. Your shirt is treated with chemicals to clean and dye it, so chemical pollution check on that one. Cotton is mainly produced in monocultures which does not leave any space for happy bees and wildlife, so make your check on the loss of biodiversity and land conversion. If you need some more material for your apocalypse novel – or to finally convince your fashion victim friend – check out the study published in nature.

Falling short on the social foundation

So far for the ecological points. But this is only half of the story of sustainability: there is also social sustainability. In 2012 Oxford economist Kate Raworth added a social foundation to the ecological ceiling and because the whole thing then ends up with a whole in the middle, she called it doughnut economics. (You should also watch her Ted Talk “A healthy economy should be designed to thrive and not to grow“) In order to live in sweet harmony with the planets, humans need to stand tall on 12 areas of solid social foundation: food, health, education, income & work, peace & justice, political voice, social equity, gender equality, housing, networks, energy and water. Humanity is currently falling short on almost all of these areas. Surprisingly, we’re doing pretty good when it comes to food – or less bad as in the other areas.

Let’s have a closer look at your t-shirt and jeans outfit: pesticides used for cotton production are incredibly harmful to field workers. During the bleaching and dyeing process of garments, toxic chemicals are released right into workers lungs and labour conditions in huge fabrics in Bangladesh, India and Turkey are deeply worrying. How this is all interconnected you can check out in this Video from TEDed Earth School.

This sounds all really discouraging. And it gets worse when we look at the second part of Meadow’s quote: “There is virtually no chance that the Western World can maintain these standards.” Keeping the way things are will crash humanity with incredible speed against the wall. The web does not fall short on disastrous scenarios…

The 21st century calls for something that goes beyond sustainability. The good news is, that sustainability wasn’t very matching with human nature after all.

We are creators and changers.

Isn’t it way more exciting thriving to leave a positive footprint on this planet instead of simply seeking to lower one’s impact?

Humans cannot only not harm the planet but steward earth and help its ecosystems regenerate while providing a good livelihood to all people. If you start asking yourself not only what can I take but what can I give you might end up with pretty actionable concepts like regenerative agriculture, regenerative economies, regenerative soils and even regenerative life!

With STOR-EY we want to contribute to making regenerative shopping a thing: We want to make shopping not only less harmful to the planet and people, but make shopping a tool to make humans and earth thrive, and sustain each other.

(And no one said you can’t do it with style.)

Hanna Rasper
The question of "what if" runs through Hanna's work as a designer for social innovation and creative strategy. In the balancing act between Berlin and Palermo, she deals with topics ranging from the energy transition to deep ecology, from urban mobility to basic income. Hanna is a stubborn train rider and runs a worm compost.

How to go (almost) zero waste in the Kitchen 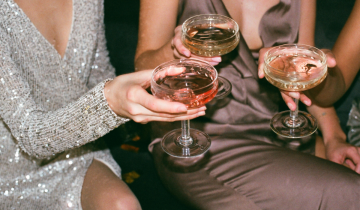 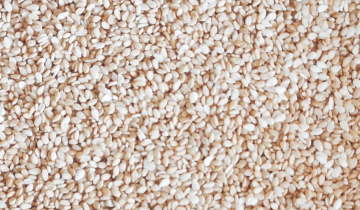 How to Make your own Tahini Paste