Some months back our dear friend Ranny left her life in Milan behind to move to Lisbon, but due to COVID-19 outbreak her move turned out a bit different than expected. We asked her to share her story with us

You have probably heard of Minimalism as a way of living that focus on having the essential things and oppose the excessive consumerism, like the documentary film on Netflix. Or you might think of it as an Art or Architectural movement. I wanna share with you how I’m accidentally living the all the above Philosophy to help me survive during the Corona Lockdown.

On March 3rd, before the coronavirus hit the global fan, I got an email from Singapore Airlines with the first paragraph saying, “Your flight has been cancelled due to operational reasons”. At the time, I was still in Jakarta for my sister’s engagement party while in the next 3 days I was supposed to fly back to Milan to reunite with my partner (who’s at the time working there) and execute our moving plan from Milan to Lisbon. However, Italy had started to become the hotspot of corona spreads, intervened in a lot of people’s lives, including our moving plan.

While the coronavirus epidemic was concerning, I was optimistic about our plan B to reuniting with my partner directly in Lisbon. That means I don’t have to return to Milan (for safety reasons), leaving our belongings behind until the unforeseeable time. In the end, we were so lucky to arrive safely in Lisbon just in time. A couple of days after we arrived, almost all the borders in Europe shut for the indeterminate time. The government announced the State of National Emergency in Portugal which shut down almost the whole country’s activities. And just like everyone else on this planet, we too had to stay home for an uncertain time.

I came to Lisbon with half of my luggage packed with what I called a “Corona Survival Kit” which consisted of vitamins, lots of hand-sanitizers, surgical masks, some essential medicines and some food supplies that can help boost my immune system. The rest of the space was packed with a couple of winter clothes (it was still March after all), some undies, one set of jogging attire, one laptop, and finally two books to keep me busy for a while. That is all my personal belonging to this new house. In short, COVID-19 kinda makes me becoming a “minimalist” not by choice, but to survive.

In the beginning, the absence of my personal stuff (all the books, my cameras, my blankets, my furniture, etc) was very hard to make me feel like home. Sometimes, I even felt like staying in somebody’s Airbnb due to the unfamiliar space. Having no sentimental objects around me makes me kinda lost in a habit, it drives a feeling of being in a foreign land.

The easiest solution for my foreign feeling would be by having some of my sentimental stuff here, which I could do by shipping it from Milan to Lisbon with a courier. However, I found it to be operationally complicated (judging by the situation in Milan at the time) and also too risky (I don’t think I can bear to lose or find my stuff broken, etc). So I just had to think of another way on how to make this house feels like home.

This brings me to the question of “what is home?”. Is it just having the stuff that you love around? Is it to be with people that you love? Is being home more like finding your inner peace?
In the meantime, I feel like COVID-19 has taken our freedom of movement and interaction that disrupt our daily lives. Plus, we are surrounded by much information to digest, even worst during the pandemic. We have to be extra alert to understand which information we can trust or ignore. All that information came like noises in my head and having to filter those noises just making me exhausted. It is true that in the time of crisis, we could feel the sense of being not in control. At least that was what I felt at the time.

Time To Take Some Control

Being stuck at home for the unknown period, not only can make you feel weak physically but it can also lead to feeling depressed. Not wanting to be in that state, I started making a list of activities to stay healthy and stress-free. From doing the stuff I like (e.g. reading, watch good movies, cooking healthy and happy dishes, more yin yoga for a more relaxing time, singing and dancing on my own) to doing stuff that keeps my self away from the “Noises” (by limiting the time watching the news, social media, or even to just being away from my phone in general).

And it works great for me.

In art and architecture, minimalism implies a strong feeling of space and time.

Unlike classical art and architecture where it exists many “symbolism” artefacts to attract our senses and alluring our feeling, minimalism helps you remove those emotions and encourage more observation on the context and its environment.

Looking back now, I realized that being a minimalist is also a way of taking control of my life. By having fewer things, that means less time for taking care and thinking of it. Making it more time and space for something else, perhaps something more essentials. For example, with having fewer clothes, it makes it faster to do my laundry and organizing it, which then left me with so many times on the day that allows me to use it for doing the stuff I like or be more productive and learn something new. In a sense, having less stuff can give me the simplicity of having more freedom.

Being in half furnished bedroom during quarantine has stimulated me also to become more aware of the quality of space itself. As an example, during winter times, there is this beautiful golden sunlight in the bedroom between 4-5 pm that hits some part of the empty space in the room, and it inspires me to do my yoga there or just to sit there quietly reading books or meditating without having to put up a sweater. It is like finding another space within space. Interacting with my special sunlight spot daily, I finally feel less foreign as I grew more habit which involving that space. In the end, living like a minimalist can actually giving me a sense of belonging through space interaction.

If, before quarantine, I planned to fill the whole empty space in my bedroom with random stuff, now that I truly enjoy living with less furniture, I want to keep it as much as possible as it is now.

1. Feeling foreign makes me more “alert” and be present on my own thoughts and being.

By being present, it provides me with some “new eyes” to understand what really is important for me. In my case, being minimalist at first makes me feel like an “alien” in a new place. But given time, living as a minimalist has helped me find a self belonging point that can make me feel like home mindfully, without any strings to materialism or objects.

2. Living as a minimalist can give you a sense of freedom.

In a world where we live with so much information to process, minimalism can give you the simplicity to stop the movement. Start small by limiting your self from toxic “noises”. Its absence can make you feel more clear space in your head and that is something we all can use, especially, during a crisis time.

3. We are still ourselves regardless of the stuff we have.

Yes, objects that we owned or still own are the symbols that can help express our feelings, thoughts, and personality. But not having it around us does not mean we become less of ourselves.

4. By stepping out of your ordinary habit, you will find what you deeply care about.

Alongside living as a minimalist, I learn that it’s not because I don’t have my belonging that makes me feel like I’m not home. Instead, it’s the state of being “limited” that caused me to feel unease. So in terms of searching for the meaning of “home”, it is no longer about objects, possession, or whatever I carry. It is more about the choice to be as free as myself.

Minimalism is not just a philosophy or an old idea about a way of living. More so, it is a strategy that can help us bring new “magic” into our life. Alongside the absence of a “symbolic” entity (by decluttering or having less), it will guide us to the journey of “lost” to which makes us realize that this process is just another start in finding contentment outside our primarily believe. Its whole processes leave us more room to observe with new eyes, find a deeper connection, and perhaps a deeper reflection of whom we really are at the moment.

It is pretty much like having too much junk food which eventually makes part of your body sort of in unbalanced state and you want to make it works better by doing a detox for some time. For me, Minimalism as a strategy is a kind of detox. It doesn’t necessarily need to be adapted as a long-term way of living, but utilize it for some time can help shift the mind and leads to a whole new awareness.

So the next time you feel stressed, depressed, disappoint, or even fall deeply into sadness, you might want to try Minimalism for some time. So that hopefully, you may find some new perspectives on yourselves, feel more alive, fulfilled, happy, and fall in love again with the world.

Ranny Monita
A full-time thinker, a book-nerd by heart and designer by education and training: Ranny loves to spend most of her spare time in the kitchen contemplating about life. Between quitting fast-fashion and building creative projects from Lisbon, she also actively advocates women-empowerment topics such as The Power of Period and Beauty Inclusivity. 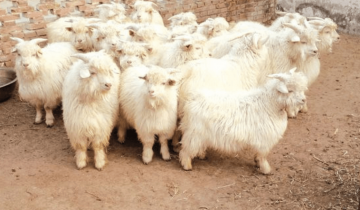 Cashmere – What you need to know about the luxurious material 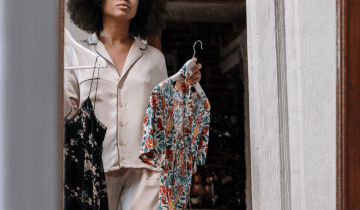 That time I thought I had nothing to wear 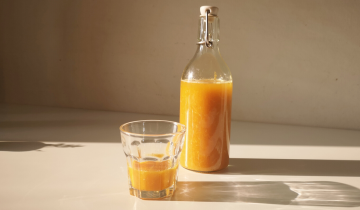