This is a love story, a story of self-love.

It took me some time to gain the confidence and strength to speak up on the stigma of eating disorders – for too long. Still today I have the feeling that there is so much to do in order to raise awareness amongst the general public. The presence is often subtle but omnipresent around us, often in people, we see daily.

If today, I am able to write and bring my experience in public is not only because I was lucky enough to fight and overcome that enemy, but also because I went through a process of deep understanding and strong inner growth.

If it happened to me, trust me, you cannot imagine how many “normal-weighted” people out there are struggling with the same issue.

From my point of view, the crucial element relies on how the topic has been addressed so far:

Eating disorders are more than what most people know and might see (obsession with food or body shape). There is a wide range of disorders caused by unhealthy eating habits, and limiting them to anorexia and bulimia is reductive – a deep and complicated emotional tangle is hidden behind people affected by them.

From my personal experience, I would say my appearance was no indication (I looked physically healthy and I wore the biggest smile on my face) but inside me was a total feeling of inadequacy. This mixed together with the self-belief that I was a burden for other people, generated a vicious circle. But actually, all I needed was the help of people and the realization that, as human beings, we are all one thing: Beautifully imperfect.

At that time – while experiencing eating disorders for the second time in my life – it was not easy to face the truth. It was not me to recognize I was having a problem with food (or to better say, I was not ready to admit it to myself).

Rationally, I had all the elements providing the evidence that something was not in the right direction (days with swollen and unusual stomach pain, looking for excuses not to hang out with friends, dissatisfaction – basically, I was not that woman I knew I could be and wanted to be).

Only when I was told the hard truth by the nutritionist, I could not deny it anymore. Hell, it was terribly painful (crying was the instinct reaction).

However, what was left of my determination drove me to engage myself in the long path of fighting against my addiction. As for me, struggling with eating disorders took time and patience, and I would like to share my experience and give also other people the strength.

It requires the multi-presence and co-existence of several factors:

it is a long path, the process is non-linear and full of emotional ups & downs (it was up to me to decide to give up or not).

Eating disorders are symptoms concealing emotional distress, thus the involvement of a therapist was crucial. There is no magic wand! The more you give, the more you get! It is the most vulnerable version of oneself in the hands of an ally. Discomfort plays a huge part in the recovery work.

– Understand that food cravings are anything but a response to food-deficit:

What I was filling up with food was the absence of something far more radical: Love!

Love was given to me, but it was something I refused since I thought I didn’t deserve it (of course, this was all in my mind). Actually, there was nothing in me that did not work not to deserve Love, except for one thing: I was not perfect, which brings me to the next point…

– Understand (and accept) that there is no such thing as perfection:

According to my past mindset, perfection was a reachable must. And to achieve this vulnerability, weakness, fear and sadness had to be muted.

So, when all these emotions arose, all I did was not to show them, which made me feel them inside so badly. The result of denying such emotions did not allow me to listen to myself and understand how to cope with them. The only solution I had was to please them by feeding. (food would not judge me for my imperfections… in being human.)

– Get support from (a few) special people (in my own case: my mum and my closest friends):

It was not easy to open up, but I took the courage and decided to be honest. I strongly felt the need for someone to talk with and to be there just to listen. Of course, what I felt during my personal, intense and hard process couldn’t be experienced by outstanding people, but for me, it was of vital importance to share part of my journey with them to get me through it (otherwise, it would have been even more difficult).

As of today, I would define the process with my ally as draining – I can remember when, for a short period, I felt exhausted and was stuck, but what I was told during a long series of meetings took time to be digested.

Getting to this outcome and processing it was hard enough… yes, it might sound strange, but for a rational person like me, devoted only to the logical left-side of my brain, accepting that emotions are essentials and vital guidelines to orient our life was quite disruptive. It meant to allow myself to be who I really am – all imperfections included. And be outside that “box” built by strictures and conventions that are externally imposed on us.

“This is the greatest, priceless gift I have ever done to myself!”

While my mind was under a work-in-progress dynamic, I realized later that my mindset, nourished with the seeds provided during the recovery path and fertile for a gradual shifting, embraced the change… This is the greatest, priceless gift I have ever done to myself! I have learned to live my emotions, to let go of my feelings, and to share my thoughts.

At the very beginning, taking the leap required a huge amount of courage, but now, I can say that it is definitely worth it.

Opening up my heart has revealed to be powerfully healing – I have started feeling released, empowered and bright.

Facing the pain and vulnerability in my heart with an open mind and without judgment has also contributed to a renewed sense of freedom. I have learned to resize missteps and to take action towards bold and heart-driven choices.

I truly believe that “when you open to the world, the world opens to you”

So, it is time for each of us to consciously open our minds towards the stigma of eating disorders… there is a community of people waiting for our lovely hugs.

In case you are yourself or you know someone close to you facing similar problems, I suggest you to get in touch with “Mi Nutro di Vita“. An Italian-wide organization that has made it to their goal to help people and families affected by eating disorders.

This post was published on the 2nd of June 2020, the international day for eating disorders, to create awareness about this topic.

Serena
Serena joined to be part of the organization “Mi Nutro di Vita” following her recovery from a mild form of eating disorders – through her experience, empowered self-confidence and determination, she is committed to share her story and give a concrete support on raising awareness on this topic. 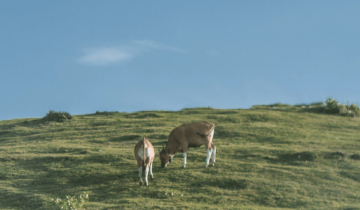 How to spot Greenwashing 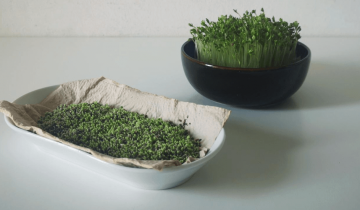 How to make your own micro-greens 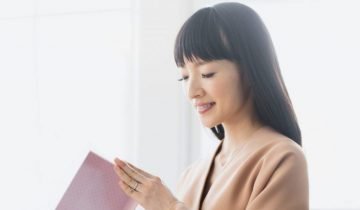 A sustainable perspective on the Marie Kondo Method