It’s a sale, or let’s say mid-season sale, actually, it can be during any other of the many promotions. Anyhow, nowadays it really doesn’t matter what promotion it is because there is always one.

And the procedure is always the same: You end up buying at least one item that you don’t need, and you buy it just because it is cheap. And you consider it as a “good deal”.

A good deal for also wearing it just once.

Here one of my many stories, once I bought a skirt so much plastic, that it didn’t even look like bad fake leather but just like plastic, it had a chic pencil skirt shape, stopped short above the knee, and was beige. Retrospectively, dressed it had something like one of these latex skirts the Kardashian like to wear. And I got it in 2015 for a beautiful €5. I bought it in a shop that somehow always has a sale when I walk past it. It a-l-w-a-y-s has a sign outside that informs the customer of the “last days of the promotion”. – I mean you don’t want to miss that deal, right?

“Last days of the promotion”. – I mean you don’t want to miss that deal, right?

Some days later I wore that skirt to a fashion party. I just had moved to Milan shortly before and at that party, I was speaking to a cool looking guy in a suit. And there the moment I hoped for since I bought that skirt in that shabby shop came. He complimented me on my skirt (the guy was studying fashion design, so I think the compliment counts even double). And of course, I said “Thank you, the skirt was just €5”, because what else could you say in a situation like this.

I was thinking it would be a good thing, that I made this skirt with my styling skills look more expensive than €5. Besides the fact that this skirt was 100% plastic inside out, this skirt could have been also a super overpriced piece from a fancy designer.

The skirt had no long life, I wore that skirt this one evening, enjoyed my compliment (obviously, as I still remember it now 5 years later). After this one time I wore it, the glue was getting loose and the seam just unfolded itself, and I never spent one thought in repairing that skirt, it stayed some years inside my wardrobe until I finally tossed it.

Now I know better, and there are many things I would have liked to give my younger self on its way on an earlier stage. Even if I was always really careful with what I am buying, I somehow ended up with a lot of clothes I don’t need.

I would love to tell younger self, that you don’t need to buy clothes that you don’t want to wear every day. (And honestly, I should have already known before buying this beige plastic-like skirt that I won’t wear it super often)

But now that I used to find for myself always some excuses to buy this dress, doing, in the end, nothing more than lying to myself (please also read our article “The favorite lies we tell ourselves when shopping”).

And also that €5 for this skirt is not a good bargain considering all the hidden costs our fashion has that no one ever considers (I suggest you read the article “How much does your €10 dress really cost”).

Thank you for reading this article about my personal story. Let me know if you have had similar experiences.

Fanny Imsel
Our Co-Founder Fanny Imsel decided on what impact she wants to have on the world. She is on an on-going journey to become more conscious and sustainable every day. Trying to become the best version of herself. She believes that together we can have an impact on each other and on the world. For a better future. 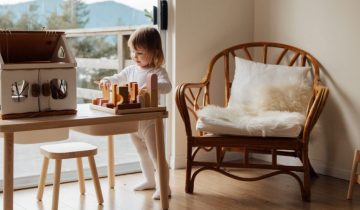 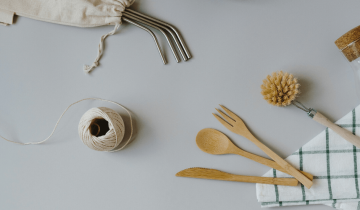 The secrets to begin a zero waste journey 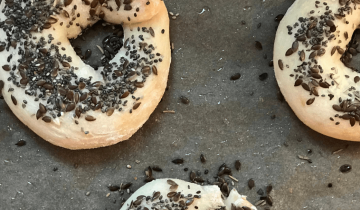 How to make easy Basil Bagels